Can you believe we are halfway through 2022 already?

So much has happened in the first half of the year that I honestly don’t know where to start, so I’ll kick off with the tech side of my life, where I found time to sit the HashiCorp Certified: Consul Associate exam. 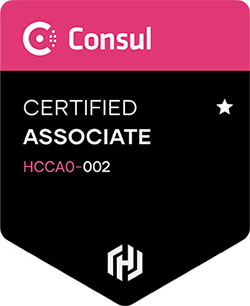 This one was a bit of an eye opener for me as I had worked with Consul as a backend for Vault but not really considered all the extra functionality under the hood.

It’s only when I started studying for the exam that I explored scenarios that I would not normally consider (this explains why so many people just say RTFM!).

The lightbulb moment came when digging into Consul’s service mesh capabilities. It got me thinking about inter app connectivity, and that my app could just listen on localhost while a sidecar proxy would do all the work of encrypting the traffic (using mTLS) and using the same dynamically generated certificates to control access (look ma no firewall!).

You get so much for free with Consul that even after passing the exam, I still learn something new every day.

To study for the exam, I purchased Zeal Vora’s HashiCorp Certified - Consul Associate 2022 course on Udemy using this discount code, and combined that with the early access version of Consul: Up & Running which I got through my O’Reilly subscription.

Once I could answer the questions on the practice test, I switched over to the HashiCorp Learn site in order to fill in any gaps and make use of the many tutorials they have available.

I finished my preparation with Bryan Krausen’s practice exam on Udemy using this discount code. The explanations on those tests are enough to fill in any gaps and make sure you are ready for the big day. 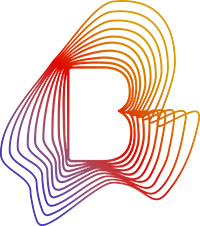 I recently created a profile on Blast radio. I wanted a way to listen to my music on multiple devices while producing, and with the Blast Radio DAW plugin I can now do just that.

Given I have a day job, it’s rare you will see anything appear, but on the off chance I am working on something, you can get a sneak peek for 24hrs on Blast.

I was experimenting with Reason’s Beat Map dropped into Ableton, when this track came to life. Automating the beats through the x and y map coordinates allows for both minor variations, and as you can hear halfway through, some pretty drastic ones too.

I wanted to drop the tempo a bit for this one and take Arturia’s augmented strings for a spin. The finished product had a robotic feel to it with a melancholic ethereal vibe, hence the name. Take it for a stroll in the park on a sunny morning.